Douglas County teachers are getting about $18,000 less than those working in Cherry Creek schools, resulting in a loss of teachers and recruitment difficulties, school officials told Lone Tree City …

Douglas County teachers are getting about $18,000 less than those working in Cherry Creek schools, resulting in a loss of teachers and recruitment difficulties, school officials told Lone Tree City Council Sept. 6.

“We were absolutely impacted by the compensation gap. We continue to lose employees that I have personally vetted and trained within my magnet model,” said Mindy Persichina, the principal of Lone Tree Elementary School.

“We want to be (the) best of the best, not best of what’s left. And that’s really the proposition,” Peterson said. “If we cease to be competitive, we just will no longer be able to make good on that promise.”

At Lone Tree Elementary School, Persichina said teachers who left typically went to Cherry Creek schools. She said she knows some teachers got a salary increase of $13,000 to $18,000.

“I’ve had staff turn away positions this current school year due to a lack of a competitive pay, and I have two positions still continuously sitting out there, trying to get applicants,” Persichina said. “My whole hope for this mill is to not only retain our fabulous teachers in Douglas County, but to continue to recruit the best of the best.”

When Humphreys was hired as principal at Eagle Ridge Elementary about 14 years ago, he was interviewing about 300 applicants per position, he said. This year, he’s interviewing two applicants, and he has lost some great candidates, because of the pay.

“I have six positions open,” Humphreys said, explaining a focus of the school is on mental health support and there is a need for educational assistants. “I think more hands and more adults helping kids and coaching in the right directions can make the biggest difference for us as we learn and grow into adulthood.” 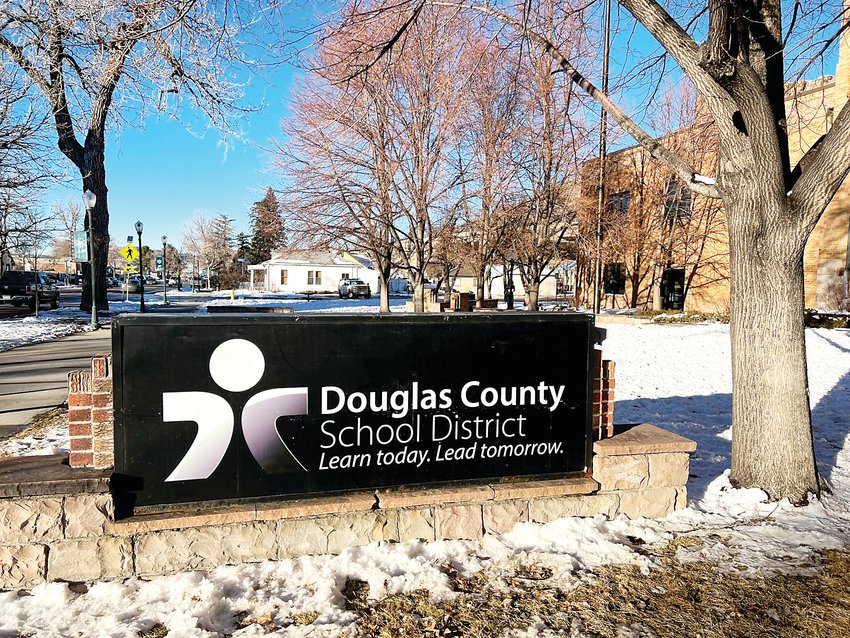 The Douglas County School District will ask voters for a $60 million mill levy override and a $450 million bond this November.

“As an industry, we’re seeing fewer and fewer teacher applicants,” Kane said. “When you are the lowest paying district in the metro area, that means that we are being even more impacted by the teacher shortage than perhaps other areas that can afford to pay their teachers more.”

The Douglas County School District has 89 schools and serves about 64,000 students, Kane said. It has about 8,600 employees, and 75% of them live in Douglas County, she said.

In addition to teachers, the district is also struggling to competitively pay support staff as well, such as custodians, bus drivers and educational assistants, resulting in “a huge amount of vacancies,” Kane said.

The district has about 111 buildings it has to maintain, which costs about $35 million a year in capital funding, Kane said.

“In addition, we need new schools in the communities that are really exploding, and I know RidgeGate is one of them,” Kane said, referring to Lone Tree’s RidgeGate East development.

A $60 million mill levy override has an impact of $1 per week, per $100,000 of assessed home value for residential taxpayers, Kane said. The $60 million is a fixed dollar amount, so it will not go up when assessed values go up, she said.

If it passes, teachers and support staff, such as custodians and educational assistants, will receive an average of a 9% increase in salary, Kane said. Other staff, such as human resources professionals and principals, would receive a 6% increase.

The $450 million bond would have a zero net impact, Kane said.

“Our existing bond payment is about to step down. The new bond payment would fill in, so that taxpayers would not see a change to their taxes because of that bond,” Kane said.

According to the school district’s presentation, if the bond does not pass, “taxes would decrease slightly.” 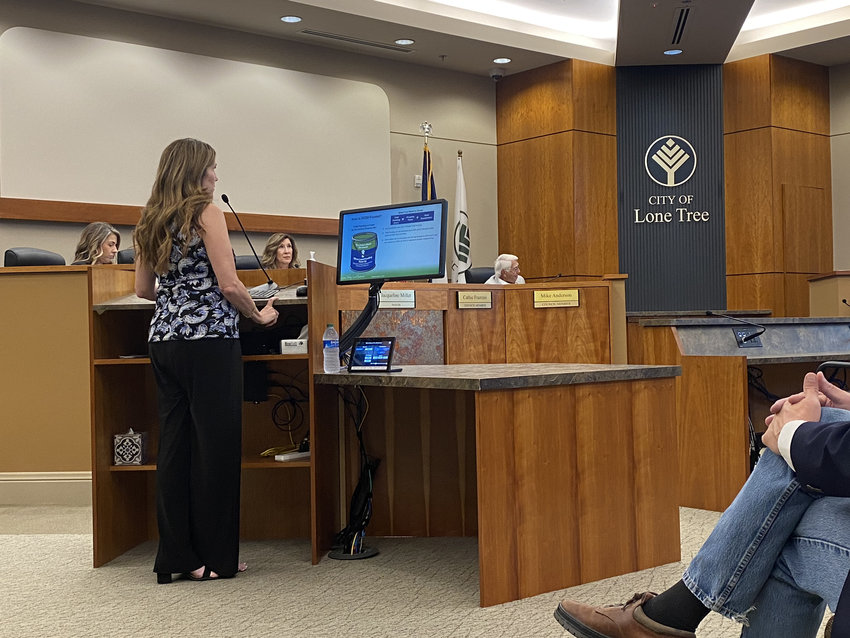 When people look where to locate their businesses or select their homes, they often look at the quality of the school district, said Councilmember Marissa Harmon.

“I will support you and I will continue to extend my support to my village of people,” Harmon said. “We know that RidgeGate is going to grow quite fast, and I think that this will be really important — that we can offer a good salary pay for our teachers so that we really do offer the best of the best.”

“It’s so important in growing that community that we have the type of teachers that we all want, and that requires money. So you made the case, and I will share the word,” said Councilmember Wynne Shaw.

Councilmember Mike Anderson said there’s a challenge in terms of getting the word out to the public in an understandable way.

“Please be specific with the different demographics,” Anderson said. “Certainly, don’t forget our senior citizens, who are very much impacted by inflation and fixed income who have sympathy for people that don’t have money to do what they’d like to do for their kids or their quality of life.”

Councilmember Cathie Frazzini said sometimes getting into people’s homes, such as through house parties, can be the best way to get people to listen.

Frazzini said there are some people who are against taxation of any kind, regardless of what it’s for.

“You’ve done a really nice job here of trying to get a message out that might be able to bridge that, and certainly, we stand ready to help in any way that we can,” Frazzini said.

Mayor Jackie Millet thanked the presenters for their leadership on the issue, which she said is critically important. Children are the most important natural resource and people must invest in them, she said.

“We recognize that Lone Tree, the ability for us to attract and retain the businesses, the jobs that we want to see in our community, that we must have a strong school system to support that,” Millet said. “I think we want to be resources to both of our schools and to our school district, and we consider you guys very strong partners.”

Those interested in learning more about the ballot initiatives can visit: bit.ly/DCSDfunds.